The “almost” is that he approached me to build an e-commerce web site for him a few years back. He was looking to sell autographed photos of himself from his movie roles.

We call her the self-made burrito for a reason. Watch. 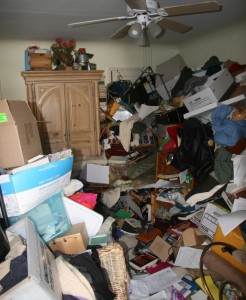 After living in the same place for a long period, one gets attuned to the rhythms, sounds, and patterns–both small and large–of neighbors, birds, traffic, bugs. At precisely 7am every weekday, the children next door will come out of their apartment and yell back “Bye Mom.” The gardeners will be firing up mowers and blowers every Monday morning. The landlady’s kitchen radio will be playing NPR twenty-four seven, to no particular audience. And she will be humming the same bar of music–over and over again–as she goes about her day and night. I know that she will leave the house many days at dinnertime and return late in the evening for reasons I would learn only after.

I had known her as downstairs neighbor and landlady for the six years I had lived in a grand apartment, identical in layout, above hers. To me, she was the quirky elderly lady. At times sweet, at others, irascible. Occasionally she would regale me with her stories of “old boy’s clubs” and “vengeful agents” out to destroy her reputation, to which I could only listen politely.

At one time in her life, she had been a vibrant and respected psychologist. But like many who skirt the depths of brilliance, there were demons. Her practice was sometimes unorthodox, crossing that perceived line of acceptability, as was evidenced by establishment blow back she incurred. It was one of those events that set her on a long and, eventually, fruitless journey to redeem her name and reputation–down a road of isolation surrounded by an overbearing need to be heard while she simultaneously buried herself in her surroundings. END_OF_DOCUMENT_TOKEN_TO_BE_REPLACED

Infographic by The Big Picture

I find it both fascinating and disgusting to watch this view of the oil well leaking into the Gulf.

As part of my ongoing volunteer work with The Mutt Movement, I foster dogs that we pull from shelters until they are adopted. Some are big, most small. Some young, some old. Some quite ill (we nurse them back to health before putting them up for adoption), and some quite spunky.

This week’s (well, it’s been a couple of weeks now) rescue pup is named Cassie. She’s a six year’s old Chihuahua mix. She’s a bit timid, but coming out of her shell now that she’s gotten used to the house pooch (Lucky, a 75 pound, Boxer/Pit Bull who was rescued 11 years ago by my roommate…and a lucky dog she is!). She purrs like a cat when you pet her and snores like a freight train when she sleeps.
People ask me how I keep from getting attached to these fosters when I have them for more than a few days. It’s not always easy. One stayed with me for a year before finding a permanent home with a great friend out in the dessert. I had the dog of my dreams for 16 years and know she will never be replaced. By helping out these few unwanted dogs that I have the honor of fostering until they find loving homes of their own, I get all the doggie love and satisfaction I need.

Wait until about a minute in.